Being the 30th of June, the competitive edge of table tennis sees the end of a season yet the start of a new fun-filled adventure.

This last Sunday, a keen group of primary school stand-outs from Broadfields Primary School and London Academy Primary School took part in a diverse table tennis competition: the London Rankings is no doubt in the top 3 most popular set-ups in London for a community gathering which mixes the thrilling rush of winning a shot past the opponent with the friendly joy of playing table tennis. All children can have a go at gaining one of the many medals up for grabs at the London Rankings, regardless of age or experience; after Sunday’s competition, this unique feature has not ceased to be true- children from year one through to year 6 all contributed to the stirring excitement of the London Rankings!

At 11 AM, the competition commenced: five tables, each with a new game to be enjoyed- a referee and two opponents. The hall filled with the jolly sounds of the balls pinging and ponging back and forth, of children laughing and of the enthusiastic cheering of parents. Light applause could be heard: synonymous with the love and support of family members. There were some truly captivating matches on the 30th of June- you could feel each player’s excitement at having won a shot past their opponent.

The champions of this Sunday’s London Rankings are as follows: 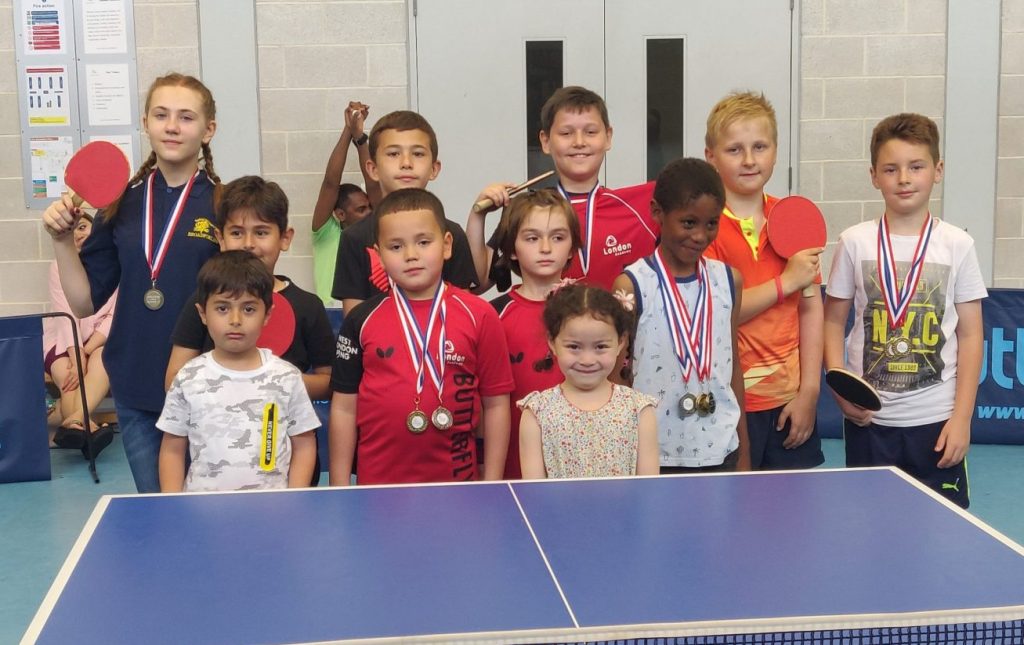 Congratulations to these young players- they have shown a special talent to win fearlessly while enjoying every moment (may I ask that all parents and carers of these stars give them a well deserved pat on the back in this present moment).

What’s more is that the day ended with a fantastic game called around the world, which acted as a light-hearted and joyful farewell to our stars. Fernando Marcelo Frandes showed his skills in the around the world game, wherein he was the last one standing in 2 of the three rounds! Well done!  And there was no better prize for Fernando than a London Academy Table Tennis Club shirt itself! Also, Jeremiah won one of his three medals on Sunday from being the last one standing in the last round!

A very big thank you goes to the parents and carers of these children for making this day possible. Now only one question remains: Who will be the successors of Shane, Anica, Fernando and Jeremiah next time?